Kabir Singh: A Perfect Remake Of Arjun Reddy With Shahid Kapoor Being The Optimum Choice

Kabir Singh is the Hindi remake of Telugu drama movie Arjun Reddy released in 2017. Shahid Kapoor was the ultimate choice for the challenging role of a doctor who becomes a drug addict after getting a heartbreak. The Hindi movie is very similar to its Telugu counterpart in letter and spirit.

Kabir Rajdheer Singh is a reputed doctor but with an anger management problem since his college days. But he also has a loving heart. Like a young boy, he also falls in love with a sweet girl Preeti (Kiara Advani) but the society has problems in their union. Preeti’s father has objection to Kabir’s smoking and not wearing turban despite being a Sikh. He doesn’t allow her to marry Kabir Singh. The heartbreak sends Kabir Singh in a self-destructive mode where he starts taking drugs to forget her past. Finally, Kabir Singh and Preeti reunite after a long dramatic and emotional scene.

The poster features Shahid Kapoor in all its avatars. He’s seen as a student of a medical college; as an alcoholic and finally in the appearance of a druggist. Kiara Advani also features at some places in the poster. 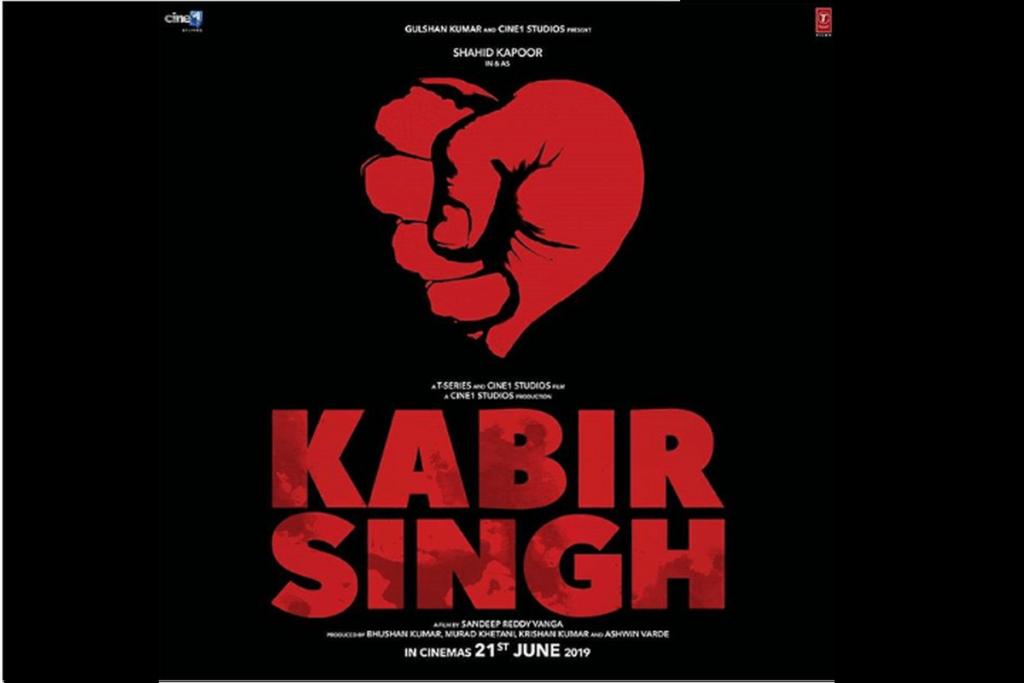 Kabir Singh is going to be one of the best movies of Shahid Kapoor. He is expected to maintain the performance he game in earlier movies – Kaminey (2009), Haider (2014) and Udta Punjab (2016).