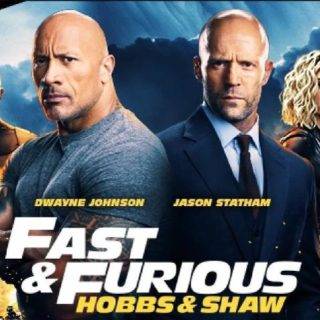 Hobbs & Shaw: The Rock And Jason Statham Present An Extravaganza Of Action Till The End

Hobbs & Shawis a spin-off of the fast and furious franchise featuring Dwayne Johnson and Jason Statham. It is an action movie but it contains enough humor, a pinch of emotion about family and nation, a few surprise cameos of well-known names and gallons of set-piece fuel that make the movie look beefy.

Hattie Shaw (Vanessa Kirby), an M16 field agent, leads a crew to retrieve a deadly virus called Snowflake from a terrorist organization and finally decides to escape by injecting the virus in her body. The news of missing Snowflake spreads like wildfire and a manhunt for Hattie starts. Luke Hobbs (Dwayne Johnson), a federal agent working for the DSS and Deckard Shaw (Jason Statham), a former British Special Forces assassin-turned mercenary, start the search. But there was one more player looking for Hattie. He’s Brixton Lore (Idris Elba), a rouge M16 field agent with amazing superpowers. While Hobbs and Shaw want to save Hattie, Brixton wants to kill her to retrieve the virus.