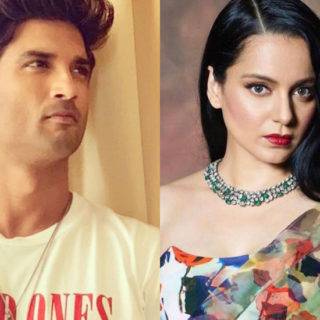 Who Said What On Sushant Singh Rajput’s Death?

Sushant Singh Rajput’s case surfaced a deeply buried dispute in the showbiz industry. It is nepotism. Star kids are given big breaks until they succeed and others are made to pay the price for the success of star kids.

Enraged netizens poured their emotions and opinions over the SSR’s death and everyone blamed the showbiz industry in some way or other in cornering SSR in his final days.

Kangana Ranaut was quite vocal in her feelings towards SSR…

An angry Kangana posted a two-and-a-half-minute video on Instagram to reveal her displeasure at how the industry treated SSR. She asked would there be a change. She even said that SSR faced emotional, psychological and mental lynching at the hands of the selected few.

Kangana Ranaut quoted Ankita Lokhande that had been in a long-term relationship with SSR. Sushant Singh Rajput once said to Ankita that he couldn’t bear the humiliation and humiliation of society. Ankita further said that movie mafias banned SSR and his mind had been broken by stuttering. She also said that those writing blind items wrote that no action could be taken against movie mafias.

Kangana Ranaut gave a fitting reply to the accusations of #MeToo against the charming SSR. She said in a tweet that his death proved how people were isolated, they went into depression and took such drastic steps like ending their lives. She further wrote that people in depression found death as the only remedy to their pain and suffering. It was in 2018 when a case of fake #MeToo was raised against SSR.

Shekhar Suman went to Bihar with Sandip Singh to meet SSR’s family. The veteran actor offered his condolences for the departed soul and comforted the grieving family. The actor later tweeted a photo of SSR’s father and said that he met with SSR’s father.

Actor and filmmaker Farhan Akhtar couldn’t prevent his emotions from coming out after learning about untimely demise of SSR. He said that he was enraged at the treatment of SSR’s family. He even called the unfolding of event after the actor’s death as circus.

In an interview, he Called SSR’s death as one of the greatest tragedies that he could think of in those times. And it was a tremendous loss to the fraternity. Also, he said that SSR’s death reignited the discussion over nepotism and mental health in the showbiz world. 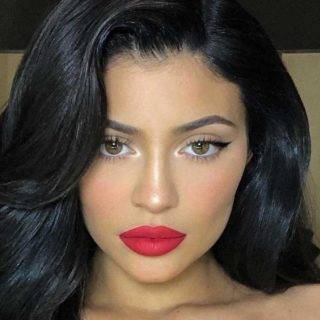 Recently, the billionaire reality star posted her glamour pictures in social media account with latest launch of Dior collection. She wears a stylish outfit, activewear by Dior with a caption “Happy Monday”

This picture came when Jenner is 21 to surprise her fans with natural and without makeup look. After playing with her two little daughters, she posted her picture with a caption “Oh I learnt patience from my child”

The start spotted at her brand new house, which could be around $3.6 billion at holmby hills. She was reported to have a new house that has been known as a big resort.

A flashback on Kylie

Kylie is the top youngest businesswomen who is the list of top 10 richest person in the world. She is self-made billionaire, thus she always protected with guards 24/7 and her staff is also big.

Her house has 7 bedrooms along with 14 bathrooms from which she has picked the best one for her daughters. She is younger sister of Kim Kardashian.

The best Selfies of the Week: From Kareena Kapoor, Disha Patani to Malaika Arora!

Beyond the stress, Bollywood divas posting their quarantine selfies and videos on Instagram that storming the internet. Millions of views are seen on out hottest beauties of the Bollywood Industries when they post their glowing skin.

It’s quite embellished to see your favorite celebs in normal wear just like us. That’s is why people are taking more interest in seeking them as to how they look and carrying themselves in free time. Celebs are also giving you beautiful vibes so you can support quarantine and stay safe.

Now, let us see some cute yet sexy photos we have covered for you.

One of the gorgeous b-town celeb Kareena Kapoor shared her candid selfie in her Instagram account. Her face was sun-kissed and looking adorable without makeup.

We just tempted with her stunning look. She posted her videos on the post and pre-workout, cooking, and more.

Trying to catch some sun everyday… nature's own remedy! #Everydayhacks

A cancer Survivor Sonali Bendre posted her sun-kissed picture without makeup. The picture was candid and appeal you.

One of the sexiest girls of b-town, Disha shared her summer dress and sun-kissed picture. She is also getting the moto of taking Vitamin-D from Sun to live healthily.

And while i was trying to declutter my wardrobe, Phoebe found some playtime! 🤪 🐶 💁🏻‍♀️💖

She hasn’t shared a sun-kissed picture but the pic was completely adorable. She was enjoying with her pet, dog while packing up her wardrobe. She wore a white t-shirt with shorts and pin hairs with a soft headband.

Just like celebrities, why don’t you take your sun-kissed picture and share it on social media? This will better your mood and add some fun in this Quarantine.

Fatima Aldewan, a social media personality gets trolled after sharing her makeup video. She belongs to UAE and received a lot of negative comments at her hashtag video makeup tutorial. Fatima is a well-known makeup artist in UAE. She always posts her makeup tutorial videos to influence her 80k followers.

A few days back, she posted her another makeup tutorial, which has got more than 80,000 views. In her video, she first puts her mouth mask and starts doing her makeup via step-by-step instructions.

It was the very first time, a video got 500 comments in a few minutes. She has received a lot of bad comments and even some are saying her heartless. Apart from this, some have also asked her beauty questions and the purpose of sharing this video.

A light on the user’s comments

One said you are such an insensitive person. People are dying and you are taking fun by sharing this tutorial. It’s shameful.

After seeing all these, the makeup artist didn’t remove her video from Instagram. She says the purpose of sharing the video is only to let people know about how to wear the mask perfectly in makeup.